I love this area, absolutely love it! And even though for cashflowinmiami clients, we don't really have too many deals here, unless one would snatch a single standing warehouse for couple hundred thousand, then that would compare to an oceanfront condo under $100,000 (which by the way we have), so the majority of the deals here are speculative and trophy deals. But occasionally we get deals in neighboring Allapatah and Buena Vista.

This is the area that 15 years ago was full of bodyshops and fabric warehouses. Today its a graffiti central and new Miami Soho. Thanks to Tony Goldman and now his daughter for creating the Wynwood Walls with open air murals, he had started something that had a far reaching effect on the whole Miami. The area is booming and if at first the North Miami avenue had multitudes of galleries curated by Nina Arias and other amazing locals, now the retail pushed a lot of them out giving way to more expensive and attractive toy stores. But this is still home for the MSG cartel and Trek6, Ron English and Shepard Fairey, Lady Pink and Ewok, Primary Flight and BookIIII, Krave and Davel, Arive and HOX, I can go on and on over 300 artists left their mark here and thousands more arrive here constantly to add an imprint.

Wynwood abuts Overtown, one of the most underserved areas of Miami. Race riots occurred in both Wynwood and adjacent Liberty City in the '80s and '90s. And the Walls wouldn’t exist at all were it not for the fact that Wynwood, post WWII, was a resortwear manufacturing hotbed fueled by low-cost immigrant labor living there. As that industry declined, so did the area. “Everything was considered dangerous,” says celebrity photographer Manny Hernandez, who grew up in Wynwood in the 1980s. That's from a piece in Oceandrive article about how Wynwood earned its street cred. Well not for nothing, lots of artists are being pushed by higher rents to Lemon city and Little Havana, and we will write about those amazing areas as well.

But lets talk about what is coming to Wynwood that has a 2015 newly formed Neighborhood Revitalization District that stands to add about 1000 residential units and 3.9 million SQFT of retail space. First approval was done for over 25 acres of future mixed use project by Moshe Mana, who's planning to build Mana Wynwood on it. Then you got big players from NYC that are here from Atlas to East End Capital and Thor. Brookly based Red Sky is planning a 222 Wynwood an 8-story loft building. Fortis Development Group is planning a 24 hour community 250 Wynwood, then related with its partner Block Capital Group is planning the mixed 5-story complex with 174 residential units and mural sat 51 NW 26th st.

Wynwood 25 is a new project for the East End after the completion of the Wynwood Aracade for the 289 apartments and 400,000 SQFT with 31,000 SQFT of retail. 250 NW 24th St was the very residential building completed earlier this year, a very boutique 11 unit complex with retail downstairs-that building was the pioneer and was created by the Fortis Development Group. Jessica Golman Srebnick is at the forefront of the future 428 parking spaces garage at 301 and 321 NW 26th St with ground floor retail. And Thor had made big noise by the single largest acquisition of contiguous lots for $41,500,000 and is definitely planning to redevelop the site. By the way, seller was Lehman family partnership that originally paid $200,000 for this (wink, wink). Thor had also applied with the city for the approval of the multifamily 12 story structure at 252,268 and 286 NW 29th st for the 306 units and 88,000 SQFT for the commercial and hotel space.

In Wynwood Tour Guide, you can find in app store was created by Zoel, CEO of Rokkstar Enterprises Inc and David McCauley, founder of Rise Up gallery now Laundromat, both of them are my very good friends and I am proud to plug them both in with the super fresh endeavor to bring out the best about this amazing area. Dude, this place is booming! 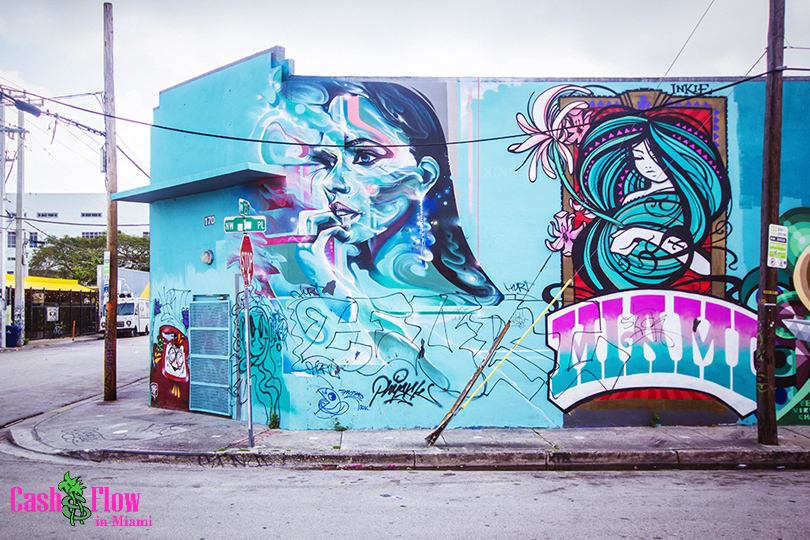