Overtown is second oldest neighborhood of Miami after Coconut Grove and starts from 1896, borders Wynwood to the north and downtown Miami with Arts and Entertainment district and Miami World Center with All Aboard Florida to the south aka Park West and carries lots of black community history! To the west it goes until Dolphin Expressway and to the east to the first avenue. Other names were Central Negro District and Colored Town. During the building of the by Henry Flagler lots of railroad workers settled here.

During the 1920's D.A.Dorsey lived here-first black millionaire that once owned Fisher Island. At some point NW 2 avenue was called "Little Broadway of the South" so much entertainment and hustle and bustle was happening in this part of town in the 1940's and 1950's. Tons of amazing jazz musicians and actors spent time in this part of town! Then the Interstate I95 got built and dissected the area which brought huge economic decline. Then Miami Arena and Overtown station got built in the 1980's and in the 1990's the gentrification started with creation of the community gardens occurred.
Some investors laid eye on the Town. Developer Mike Simkin came out with the Innovation Tower and a Miami Tech Hub idea the project will take up 10 acres across four blocks, and features 3,850,000 square feet of office space, 2,400,000 square feet of housing, and a little bit of retail space taking up 250,000 square feet. Also David Beckham is building a soccer stadium to be complete in 2018!

There are quite a few new multifamily subsidized housing buildings that got erected lately as well as full renovation of the Lyric Theater, its history stems from 1920's and lastly Luis Birdman and Jay Massirman just started sales and development of the project called "Auto House" at 375 NW 7 street where you can store your own luxury carriage in a gallery setting and kill time at the roof top lounge. Prices range fro $375,000 to $1,500,000.
It is very hard to find anything for sale in Overtown, super scarce single families and almost no condos, you can seek out small pieces of land starting at $100,000++ -that's a gift and we have a small three store strip for $599,000 on our site in commercial deals section. We can also help you look into some multifamily deals starting at $1million and up. This area is for an investor with the vision-you can walk to the One Thousand Museum, where condos got sold for $15,000,000, yes walk!
‍
I absolutely love Overtown with its own flavor and Jackon's soul food joint this is a place to have a pension fund for my savvy investors. 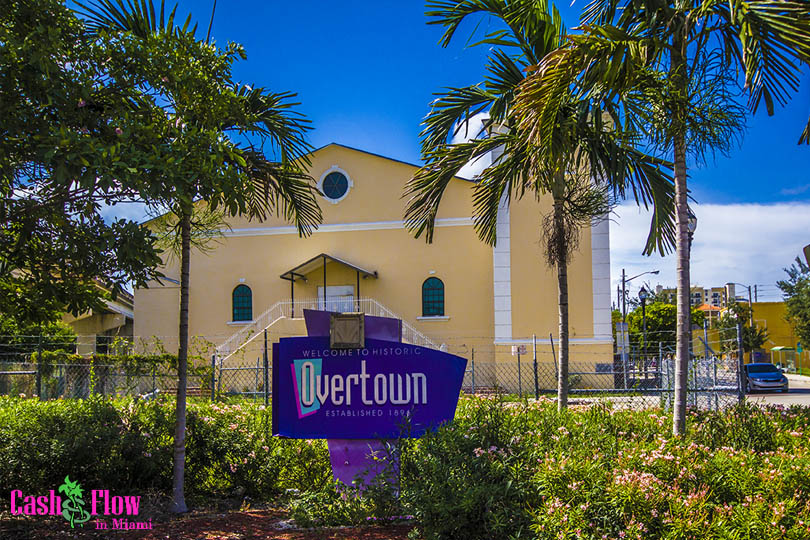