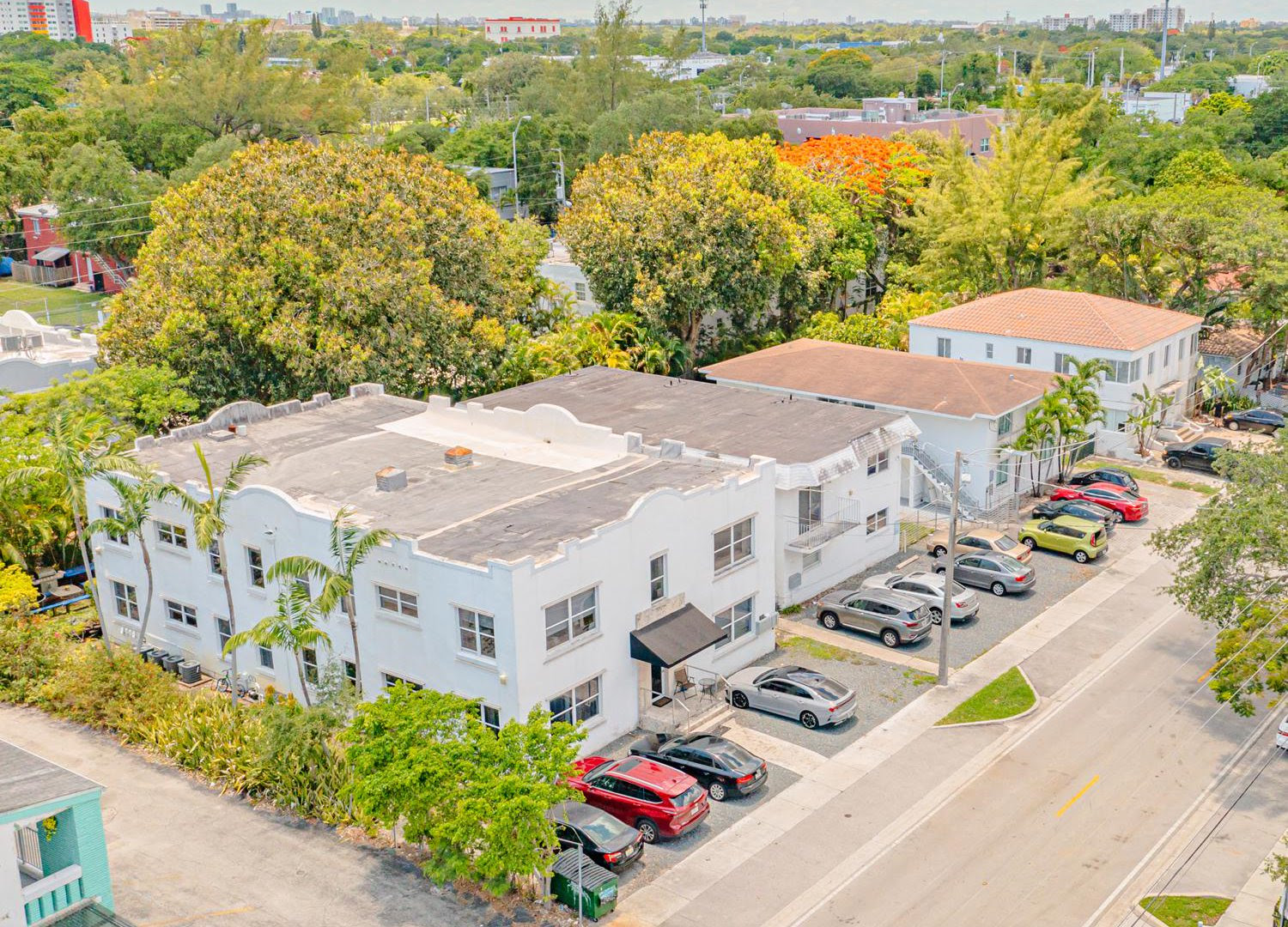 Morningside Apartments is a 20-unit apartment community located in the Upper East Side District of Miami. This offering is made up of four two-story buildings with contiguous lots. The properties are at 550-576 NE 63rd Street in a highly sought-after area along Biscayne Boulevard. The offering consists of six one-bedroom/one-bathroom units, ten two-bedroom/one-bathroom units and four two-bedroom/two-bathroom units. Water, sewer, and trash removal are included in the rental income and tenants pay for electric. The building was built between 1945 and 1973 according to the Dade County Property Appraisers site and is situated on a .58-acre lot that is zoned T4-R and T3-L (550 NE 63rd Street is zoned T3-L). Approximately half of the units in the community have been fully renovated with new kitchens, bathrooms, flooring, fixtures and window treatments. Several buildings have updated electric, Impact windows and doors new railings and fencing. The property has a lot of green space that can be used for additional amenities as well as ample off-street parking. The 40/10-year recertifications have been performed and are in place. The Morningside Apartments are located just off Biscayne Boulevard in the Upper East Side area. There are many different commercial uses along the Biscayne corridor also known as the MIMO District, including shops, restaurants, hotels, and offices. There are a number of recently developed retail buildings as well as completely renovated and updated, hotels, retail, and office buildings on and around the Biscayne corridor. The area has been going through a regentrification over the last ten years and there are a number of new projects planned or in the process. The Morningside Apartments is an excellent opportunity for an investor to add value through repositioning the property or adding some short-term rentals to the site and renovating the remaining units. This offering is priced at $6,500,000 which comes to $325,000 and $428 per square feet.

Get More Info About This Listing

Want to get this deal before it disappears? Enter your information and get a call back from Andrey

For Sale
For Sale
Miami
|