I love Hialeah; this town is true Dade, true 305. Daleee, daleeee is both residential with mostly single families and also industrial with warehouses and huge freezers, that by the way, will only be expanding. The Leah is another nickname for Hialeah. This area is always vibrant and alive and very Cuban, very Miami and very cortadito (my favorite cafecito with steamed milk that done right, catapultes you into another dimension).

Hialeah population as of 2015 was 224,669. This is the largest Spanish speaking community in the US. The city's name is most commonly attributed to Muskogee origin, "Haiyakpo" (prairie) and "hili" (pretty) combining in "Hialeah" to mean "pretty prairie." Alternatively, the word is of Seminole origin meaning "Upland Prairie." The city is located upon a large prairie between Biscayne Bay and the Everglades. There is also Hialeah Gardens and Hialeah Park adjacent as part of the city.

AKA La Ciudad Que Progresa which stands for "the city that progresses," the city has Hialeah Casino and Race Track has been around for over 90 years and covers 200 acres. "Holding the distinction of being an Audubon Bird Sanctuary with Flamingos on site and being listed on the National Register of Historic Places, Hialeah Park remains iconic and rich in tradition."
‍
Investor seeking great deals and not afraid to deal with surprises, this is an abundant paradise for you. We don't get too many deals in this area due to the fact that there are under $100,000 steals in Hialeah. Sporadic deals that happen higher priced fly away, lots of properties are incorrect on tax roll and this city is known for the illegal additions. Its normal here to have a 2/1 on tax roll that is really a 7/3. This town demands a certificate of occupancy so be prepared to permit all the visible works and answer questions about things the seller did not know about.
‍
The least expansive condo out of 202, where there are mostly townhomes, is an unapproved shortsale 700 sqft 1/1 for $80,000 and the biggest and the best is a 3500 sqft 2-story townhome turned single family on the gold course for $479,000 built in 1965. There is a 3/2 for $150,000 which is also an unpapproved shortsale, and the most costly one is $799,900 1,25 acres 1708 sqft living space 3/2 estate, cause the one over a million dollars listed on the MLX under Hialeah is really in Miami Lakes. I don't even know if that mistake was intentional?? blink, blink
‍
But for the miriads of cheap stores and a game of domino with aromatic coffee theres no better place on Earth! 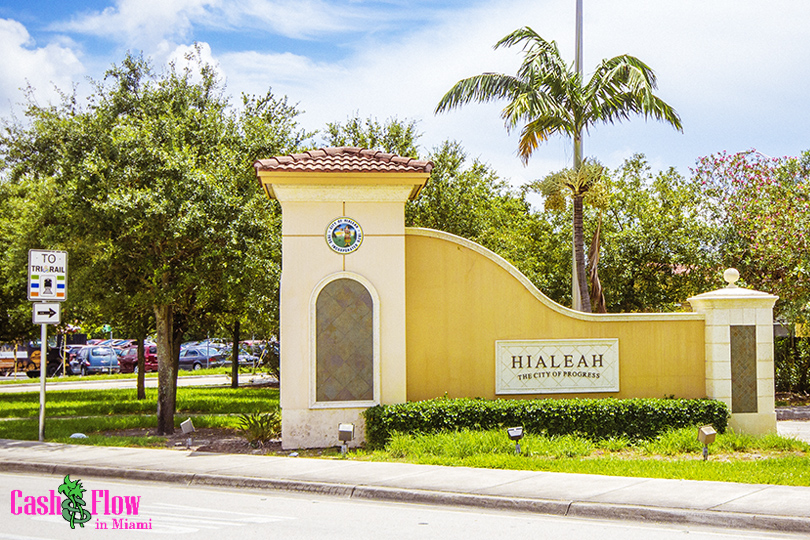