I love El Portal- its an oasis, like a little jungle squeezed in between Miami Shores and Little Haiti. Its one of the rare places in town that has live peacocks roaming around freely nonchalantly crossing the streets paying absolutely no attention to the drivers. There's an area in next to the Ft Lauderdale Airport Park and Fly parking area where one can meet real live monkeys that greet them by coming out on the road from time to time. Locals say they have been around for years and warn you not to offer them food or not even try to pet them because they get angry and might attack!

From the city site: "El Portal is a picturesque and historic village in Miami-Dade County, Florida. The village name is derived from the Spanish word for the wooden gate that once stood at the entrance to the village. El Portal, a primarily residential community of single-family cottages and bungalows, was founded in 1937 and to this day includes prime examples of 1930’s and 1940’s South Florida architecture."

Total population as of 2015 was 2325. The Village of El Portal has its own Peacock Express newsletter and police department. Investors love this town for the steady appreciation of the single family residences and demand for rentals. There are only 20 listings in El Portal from least expansive $338,000 3/2 with 1294 sqft living space 1954 house that can use some updating to a 4716 sqft mansion with vaulted ceilings built in 2016 with 60 ft lap pool and many more toys offered at $1,525,000, reduced from original $1,6m...

El Portal brings an amazing quaint charm among the hustle and bustle of the streets of the city just blocks away.
‍
Zip codes: 33138, 33150 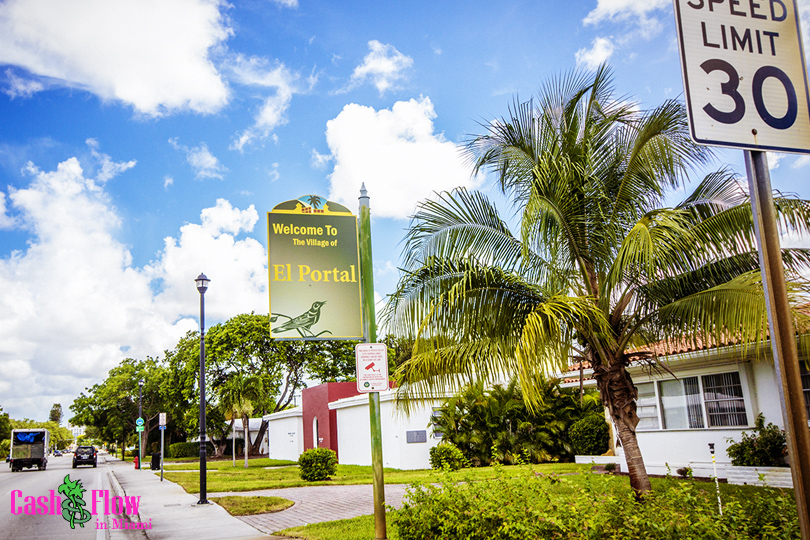