Coral Gables -"the City Beautiful" and "The Gables" got developed by George Merrick during a big land boom of the 1920's.It is one f the most well to do and historic parts of Miami located South West off US1 , minutes to downtown and the airport. The population count is right under 50,000. The city's architecture is almost entirely Mediterranean Revival with later addiction of  Spanish Renaissance style. The whole downtown designed by Merrick is 2 miles long and four blocks wide and supe pedestrian friendly. There's also a trolley that runs down Ponce De Leon boulevard. There's a whole section that can be dedicated on our blog to the corals since our whole state is and especially South Florida is man made coral reef-more info can be obtained at www.coralmorphologic.com. Coral Gables houses 240 acre University of Miami. There are quite a few cool places to visit here: Venetian pool, Biltmore hotel, picturesque Coral Way ( that can actually have its own blog due to its own unincorporation), Village of Merrick Park, Miracle Mile and Coral Gables museum to name a few. Coral Gables zips are 33133 33134 33143 33145 33146 33156 33158.

Coral Gables very rarely crosses the pages of www.cashflowinmiami.com due to its high price tag. As of right now the least expensive single family is a 2/1 760 sq ft house for $190,000, which is a gift in itself and highest priced one is 1 Casuarina Concourse $39,000,000 Gables Estates 9 bedroom Biscayne bay fronting mansion of over 20,000 sq ft living space with a total 408 single family residence on the local Miami Dade MLX. As to condos there are total 189 listings in the system and cheapest on is a 275 sq ft studio for $140,000 and most expensive is a newly listed $10,499,000 three story penthouse at the Segovia Tower condominium owned by "Mesothelioma & Asbestos " attorney James Ferraro, who is moving to his freshly built mansion in the sky at Fisher Island very shortly called Palazzo Del Sol. He is only asking $1236 per foot for his baby, that is not even close to the water.
‍
Coral Gables is an amazing area for the trophy investor or the one that well versed in high end fix and flip and then your deals abound. 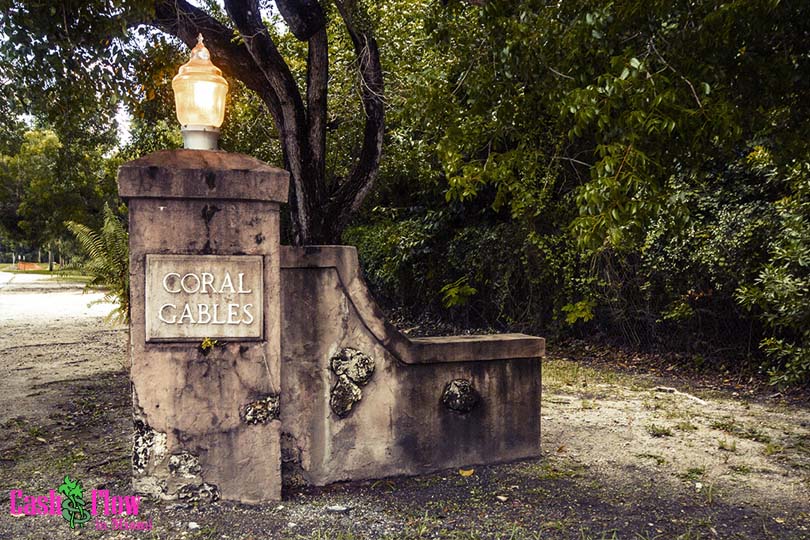