Nicknamed the Grove, this is definitely one of the oldest and most unique neighborhoods of Miami-Dade. Incorporated in 1919, this is for sure the greenest area in Miami. In 1873, the post office was established here called Coconut Grove. The very first hotel in South Florida mainland was built here in 1882 called Bayview Inn and later Peacock Inn. The oldest Miami-Dade house was built here 1891, called The Barnacle Historic State Park, and is still standing. The Coconut Grove Playhouse opened its doors January 3rd, 1927.

Coconut Grove is located right on the bay and has its own nearby Coconut Grove Sailing Club, the Coral Reef Yacht Club, and the Dinner Key Marina. The prices here had flown away quite a few years ago. The town has practically no land and old makes way to the new projects through demolition most of the times. One of the most fascinating new projects just completed is Grove at Grand Bay with only 96 exclusive units between the two spiral towers! Bjarke Ingels Group in collaboration with Nichols Broch and Associates are the designers behind this beauty. Project is sold out between $3-5 million in pricing.

The talk of the town right now is Park Grove Residences that just rolled out for pre-construction sales. Within the three 20-story buildings, there are 289 units starting at $545,000. You also have the exclusive Fairchild Coconut Grove 26 unit boutique pre-construction project with prices starting from $1.4 million. And overall, there are a few brand new single family and townhome residences around this little magnificent and hammock lined city. 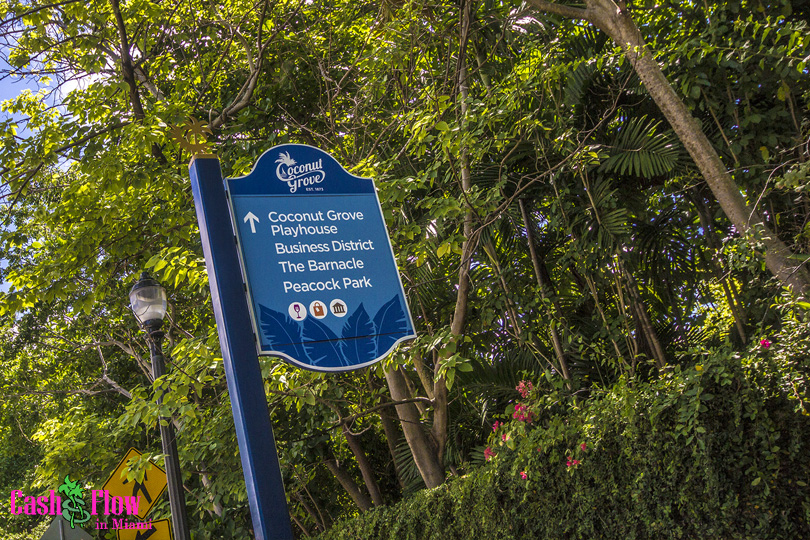